Why I Curse: Profane And Proud 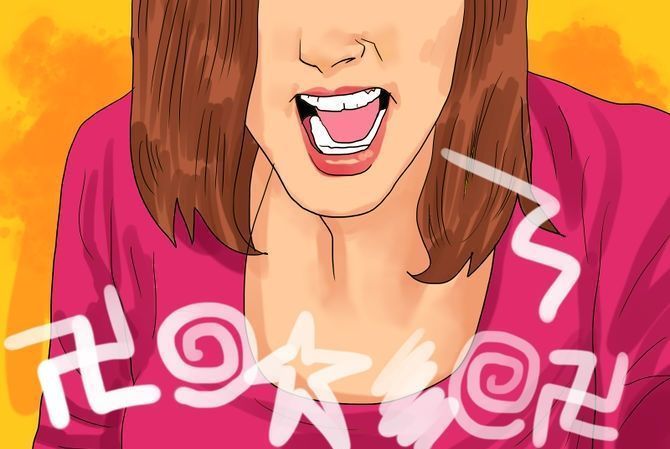 When I was little, I remember driving in the car with my parents. Dad was always what you might call a 'vocal driver' and enjoyed lecturing the other drivers when they would screw up. Frequently, this would involve cursing, and he would always glance into the backseat and say 'But don't you ever repeat that!' Sorry, Dad, but I've totally followed in your footsteps here- and I'm completely unashamed of that fact. I am a woman who swears, frequently and vociferously, and I am unapologetic and happy about that fact. I've gotten dirty looks, been lectured, and been told I'm unladylike- but here's what I have to say to people who do those things: Fuck that! 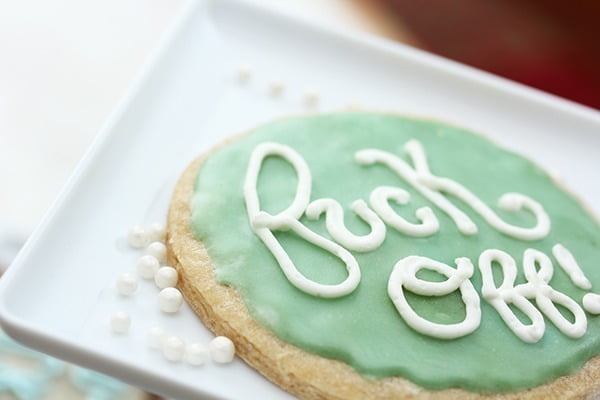 You see, I'm a creative person. I enjoy writing, photography, painting, making jewelry, cooking- pretty much anything that involves creating and expressing myself, I enjoy. I discovered a long time ago that language is a complex, changing, and extremely personal form of expression- from word choices to accents, what people say, well, says a lot about them. Talking to people, though, was always difficult. I was shy and introverted, and was teased a lot for a slight lisp I had. So I was very quiet, and had a small circle of friends. 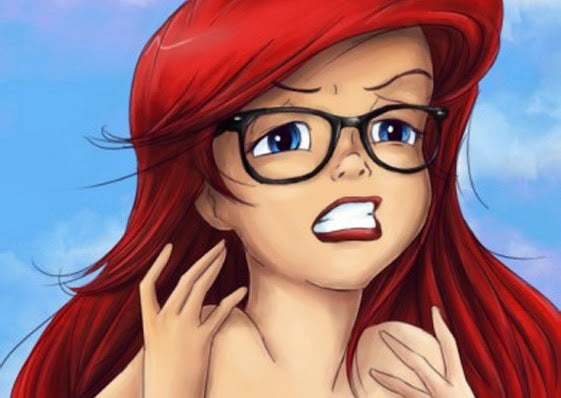 In high school, I started to express myself through what I wore. I was still nervous around people, but I could show some of my personality to people without ever having to say a word. Goth fashion and culture had a lot of appeal to me- I could go out to a club and see people reading, hear them having deep conversations about the most interesting things, not superficial nonsense like so many people I knew. I was finding where I belonged. It wasn't easy, but I was starting to figure out who I was- a path we've all been down. As I looked at everything around me, I began to feel the need to communicate more- something which had a rocky start, to be sure, but I started to get comfortable with myself. I started to find my voice. 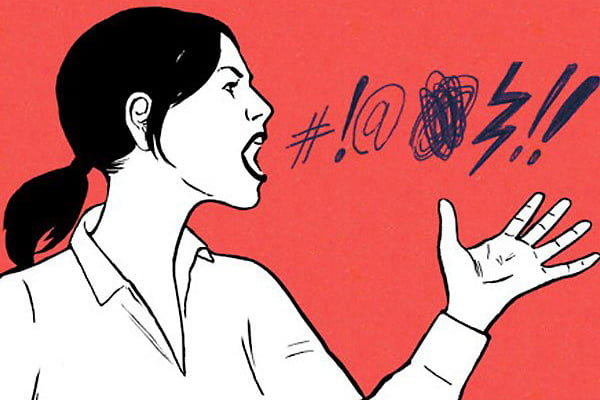 Having been pent up for so long, that voice had a lot to say. It wanted to be expansive, and colorful, and wanted to capture how I saw things. I knew that cursing was widely regarded as 'wrong,' as something that wasn't classy. But what the fuck did I care? It was my voice, they were my words, and I wanted to use all of them. 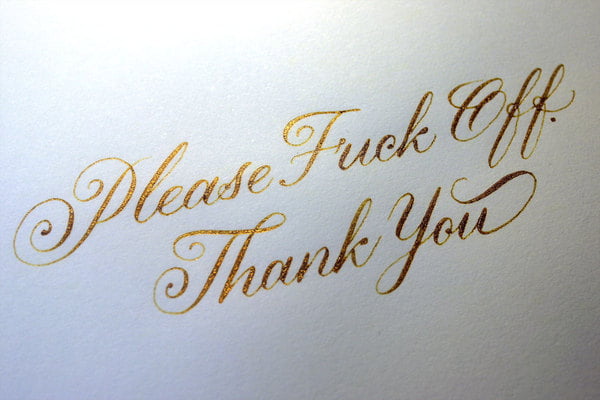 I quickly found that cursing was a polarizing thing. Some people- especially people in the goth, punk, and rock scenes- were totally fine with my newfound freedom, and usually didn't even notice swearing, it was something they were so used to. Other people would stare at me out of the corner of their eye, or tell me how I wasn't being 'ladylike,' as though that was something to slavishly protect. At first, I was a little taken aback by such detractors- I mean, freedom of speech, right? Soon, though, I learned that their opinions don't mean a damn thing to me. Let me tell you why. 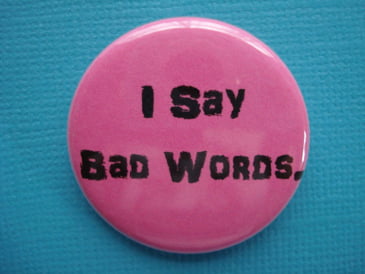 I am steadfastly my own person. I am also a bit of an oddball. I sew, make jewelry, and love to spend my afternoons in the kitchen cooking and baking. On the flipside of that coin, I don't buy into doing what's trendy or popular just for the sake of being considered cool. I play video games, like lots of amazing women do, I love the culture of horror movies, and I love to hang out with my friends and have a few beers. While doing most of these things, I curse like a sailor. Sewing machine eats my fabric? Stop that shit! Burnt the cookies? Dammit! Got zerged? Fuck! These words are expressive. These words are exclamations, that express my frustration and anger in the heat of the moment in a cathartic and healthy way.

Don't believe me? Science backs up the fact that swearing can increase pain tolerance, and that people who curse are more creative and usually happier. I agree. There are some situations where 'Aw, nuts' just won't do- it doesn't even begin to encompass how I feel. I need a few expletives to really vent my tension, and it's my right to do so. Speaking is like coloring, and I want to use all the crayons in the box- and curse words are like the neons of the color world. They're bold, they make a statement, and they aren't for everyone. I have decided that they are, however, for me. You can choose not to swear- that's totally your right! 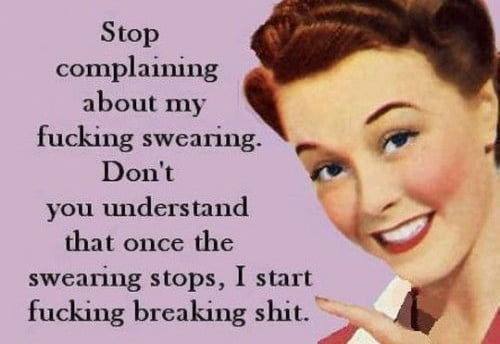 Now, I'd like to point out that there is a line, one that's different for everyone. I try not to swear so much around my Grandma, because she's a little old fashioned, and I respect that. I curb my curses when I'm out in public, especially where there might be kids around (or at least keep my volume down)- partially because I think it's every parent's right to teach their kids the right way to drop an f-bomb. It's an art, folks, and takes a little time to master. We've all seen that one kid at the store who just learned the word 'fuck' and now it's literally every third word out of his mouth. It's just so new and exciting, but used appropriately, cursing is like added punctuation for speaking. It's that exclamation point that you need when you're really mad, or happy, or frustrated. 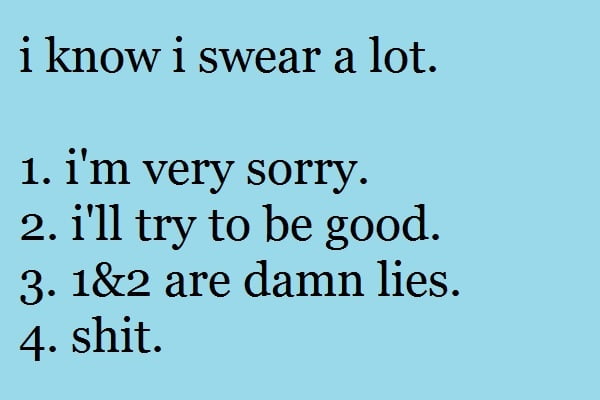 More importantly, though, I don't let other people's ideals and values dictate what I do. Nothing about me is governed by other people, and it doesn't bother me at all to get dirty looks when I use a word they don't like. In all honesty, I get dirty looks for a lot of things- my brightly colored hair bothers some people (which is patently ridiculous), my clothing choices aren't up to snuff for some, my makeup, my height, my shoes- someone is always going to be giving me side eye. I know that. I do what I do, wear what I wear, to make one person happy- myself. I'm not breaking any laws, so you people with your dirty looks can cram them up your ass- if there's room in there. That stick may be getting in the way, though. 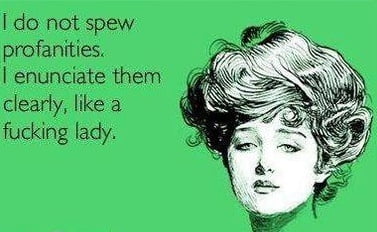 Let's hop to being ladylike- first of all, this is something that bugs the shit out of me. Just because I say something you find offensive doesn't make me any less of a lady. In fact, I can be 'ladylike' as fuck. I can be the belle of the ball, rocking a perfect party dress, elegant heels, and perfectly winged eyeliner. I can talk to just about anyone about just about anything these days, and manage to be perfectly eloquent while keeping my four letter favorites. I can do everything that a 'lady' would have been expected to do in the 1950's and then some- so please tell me how exactly adding a few colorful metaphors to my language gives anyone the right to judge my 'lady-ness,' especially someone who doesn't know me in the slightest? Better yet, tell me why the hell I should care, and why I shouldn't berate you- loudly- for saying such a sexist thing to me. 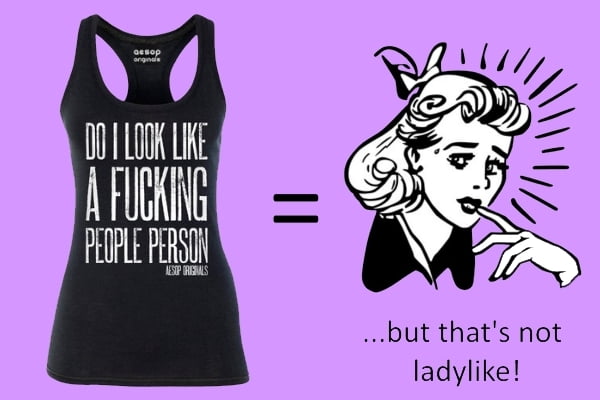 In the end, I present myself exactly as I want to be taken. I am a complex, multifaceted person, just like all of you. There are many components that give me my me-ness, and I love that. So yes, I will happily wear a profane shirt to meet my friends at my favorite bar. I will curse while telling the story of the woman who stopped me in the store to tell me how I could be so pretty, if only I tried to be a little more feminine (true story), because that is some bullshit right there. My friends and I will all laugh, and I'll offer to make brownies for everyone, and they'll all light up because they love my brownies. If you're sitting at the next barstool and making faces because you're an adult who can't handle 'naughty words,' I can assure you the problem is not with me. Lighten up a little, and accept the fact that not everyone is going to fit in your perfect little mold. You'll be a lot happier that way- I know I am. 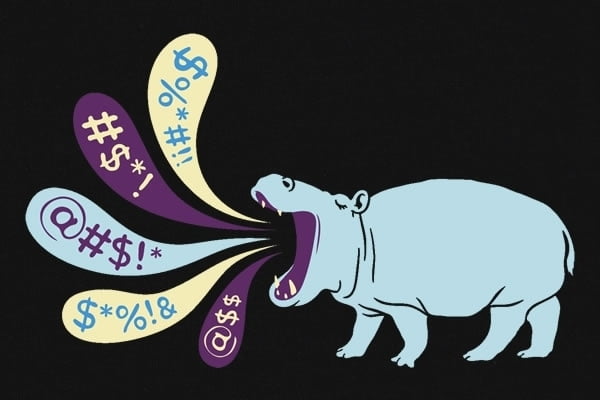 What do you think? Are women who curse being 'unladylike'? Is that statement sexist? Tell us your thoughts in the comments below! 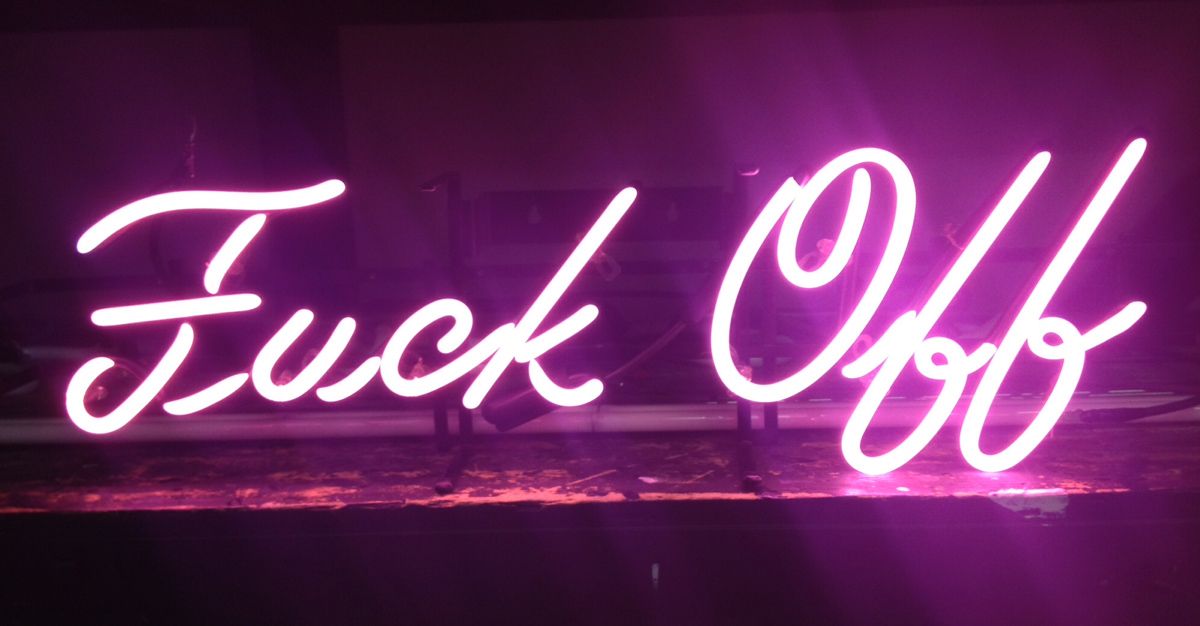 International Profanity: Hilarious Insults From Around the World 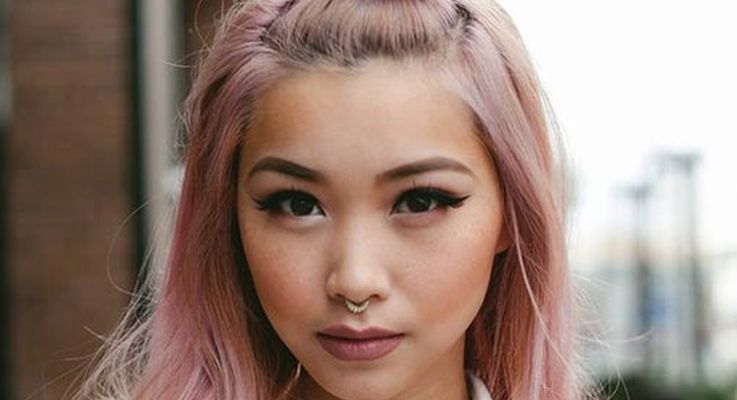 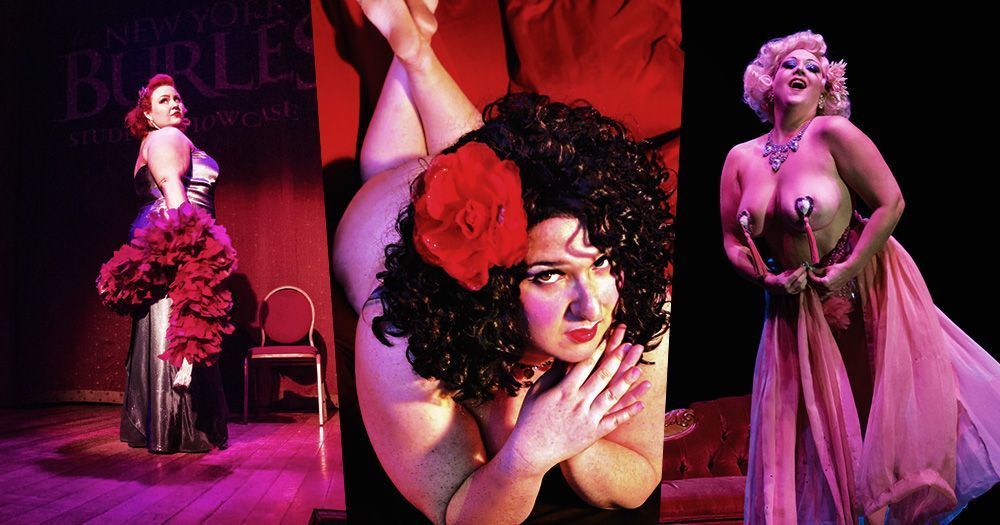 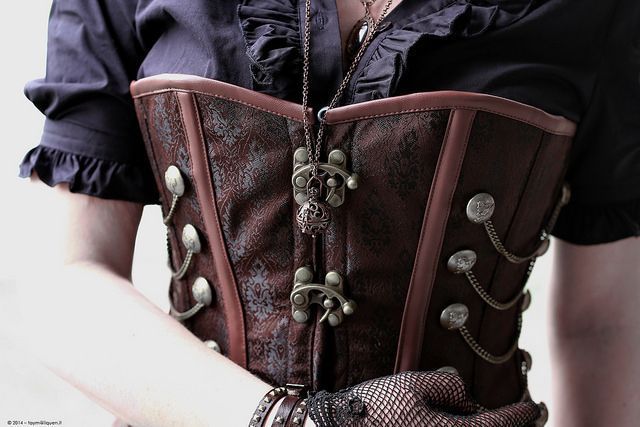 The Definitive Guide To Tight-Lacing: Everything You Need To Know About Corsets 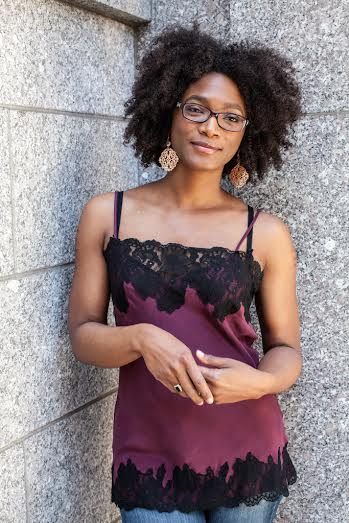 Meet The Lingerie Expert And Ask All Of Your Questions About Bras, Panties, Corsets, And Other Unmentionables 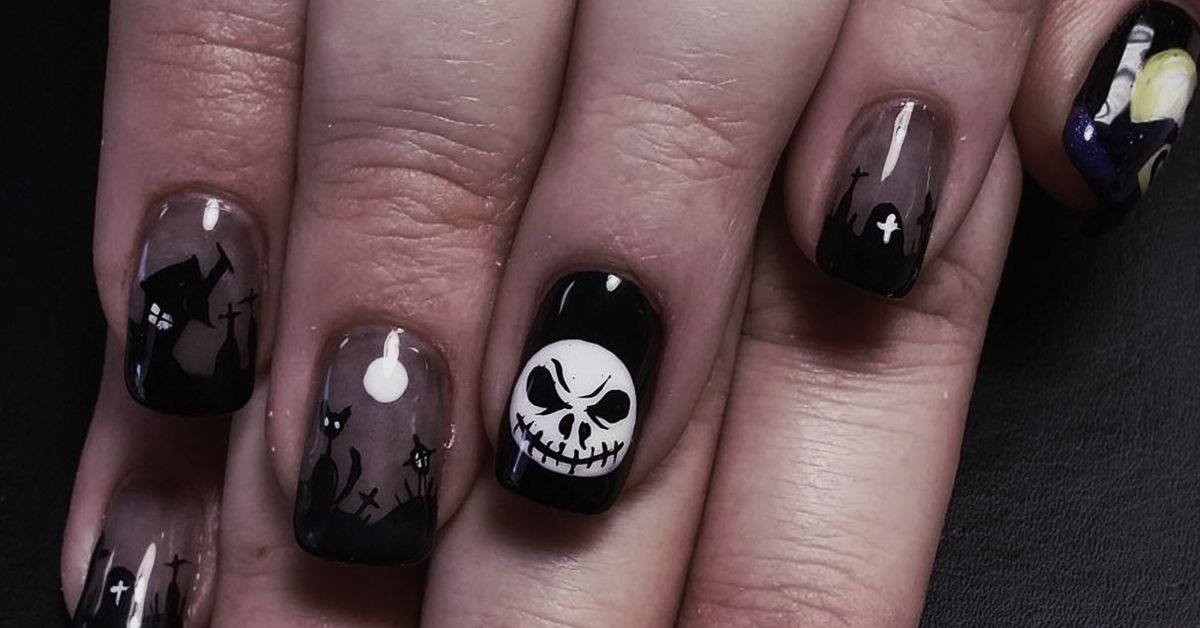 Your Guide to Acrylic Nails 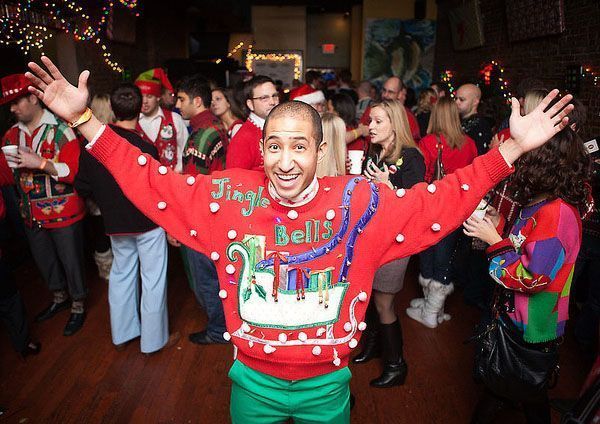 How To Find The Best Ugly Holiday Sweaters