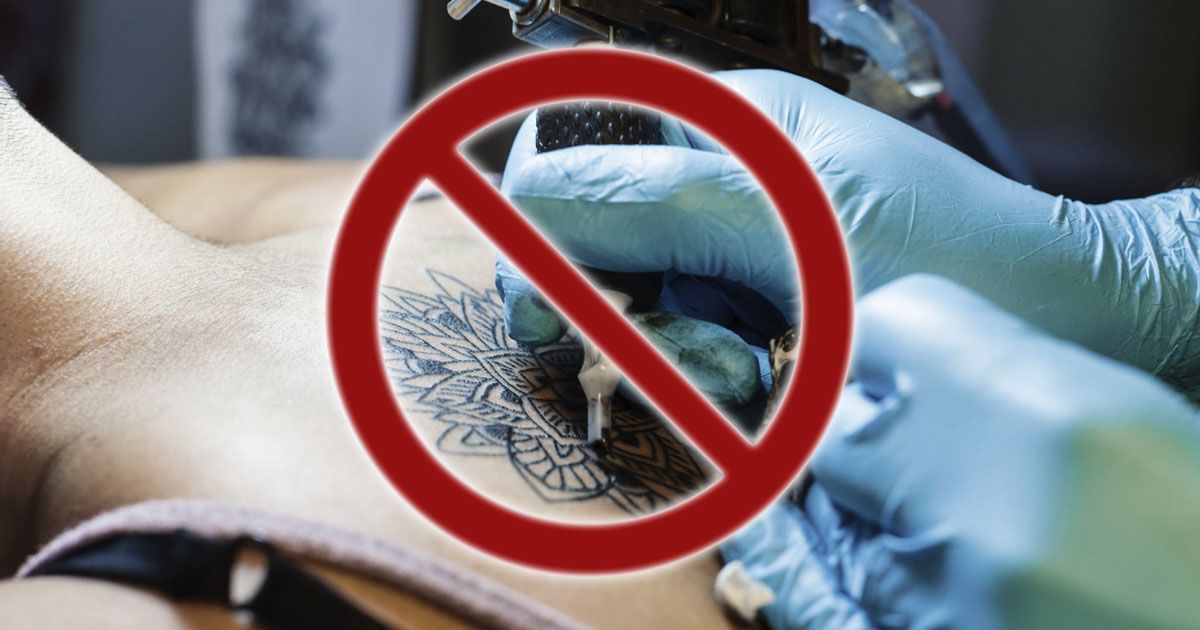 Tattoos are an amazing form of self-expression. If you are looking for a way to share your thoughts and feelings with the world you can't go wrong with deeply intimate designs literally etched into your skin, especially for people for whom tattoos have a special cultural significance.

Unfortunately, if you aren't careful the only thing a tattoo might express about you is that you didn't think things through before you made that decision. There are entire websites dedicated to the spectacularly awful tattoos that exist out there in the world and if you don't want to be the laughing stock of the internet there are some things you will want to keep in mind before that needle touches your skin. 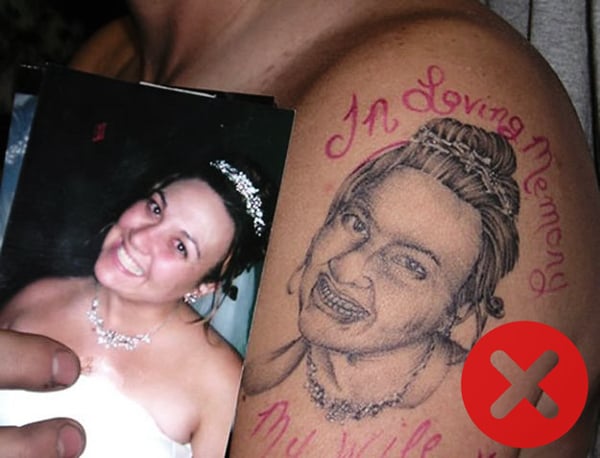 There are times when you want to get a tattoo as a reminder of a loved one. When you are overwhelmed with joy or sadness a tattoo can be a fantastic way to celebrate the birth of your child or remember a loved one gone too soon, but you might want to choose something other than a portrait tattoo.

Portraits in any medium are often incredibly difficult and require a special set of skills but people don't always tell you when they aren't the best person for that particular job. Even tattoo artists who have done excellent portrait work before might not be up to the task depending on the complexity of the image you want to use. A terrible portrait tattoo will leave you feeling awful about something that is permanently etched into your body, so this is something you might want to avoid altogether.

Instead Consider: A Meaningful Reminder 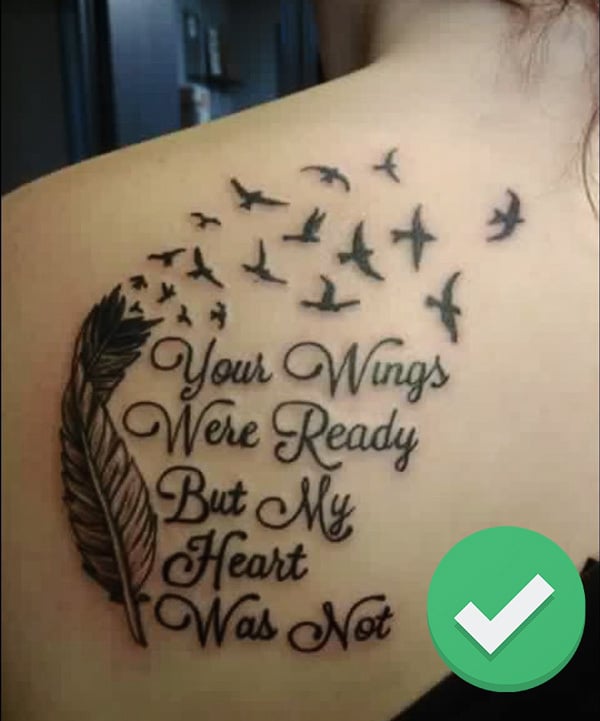 If you want to get a tattoo that celebrates a loved one there are a number of options that would be better than a portrait tattoo. For example, if you are getting a tattoo in honor of the birth of your child you might choose a tattoo of their birthdate or, for something with a little more flair, a copy of their foot print or hand print.

A tattoo as a memorial to a lost loved one could be a symbol or image that was important to them or a quote from a favorite book, movie, or song. A tattoo of the deathly hallows symbol from the Harry Potter series could be an excellent reminder of a loved one who was obsessed with the books or a simple "Let it be" tattoo to remind you of someone who was a Beatles fan. 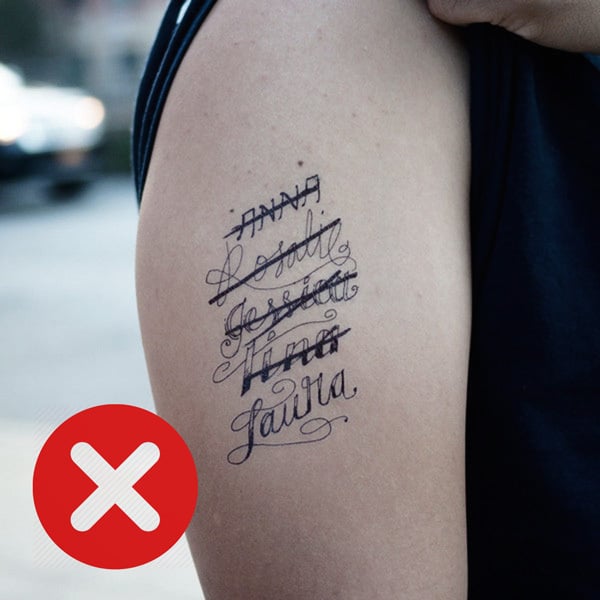 You can get a tattoo of someone's name without it being a bad idea. Tattooing the name of someone important who passed away, your newborn, a beloved parent, or even a childhood hero on your body can be an excellent way to honor someone with your body art.

What you want to avoid is getting a tattoo of a lover's name. Most relationships don't last forever and some of them end incredibly badly, making an impromptu tattoo of someone's name a truly terrible idea that will probably require a painful, expensive removal at some point in the future.

Instead Consider: A Shared Interest Tattoo 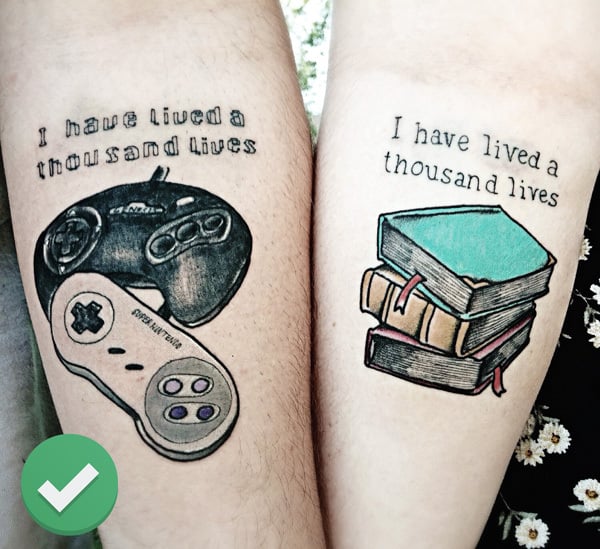 If you really feel like you need a name tattooed on your body consider getting your spouse, child, or parent's name instead of someone you've dated for six months. If you're at the tattoo parlor with someone and you want to share that experience together why not choose a shared interest instead of each other's names?

If you both get a tattoo of a horse, a guitar, or a French Bulldog you will get the bonding experience of matching tattoos without the horrors of having to explain to a future spouse why you have another person's name on your shoulder. 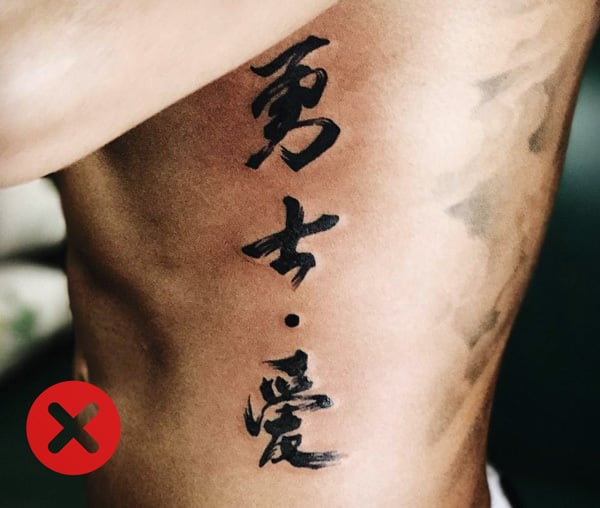 A tattoo you can't understand is never a good idea. There is a reason a number of sitcoms and movies have scenes where a character shows off their Mandarin tattoo that they swear says "strength" only to have the Chinese food delivery guy tell them it actually says "bean curd" - not speaking the language means you don't know enough about it to put it on your body. While it is perfectly acceptable to have body art that is simply beautiful or fun, tattoos of words that have some significance should always be in a language you speak fluently. 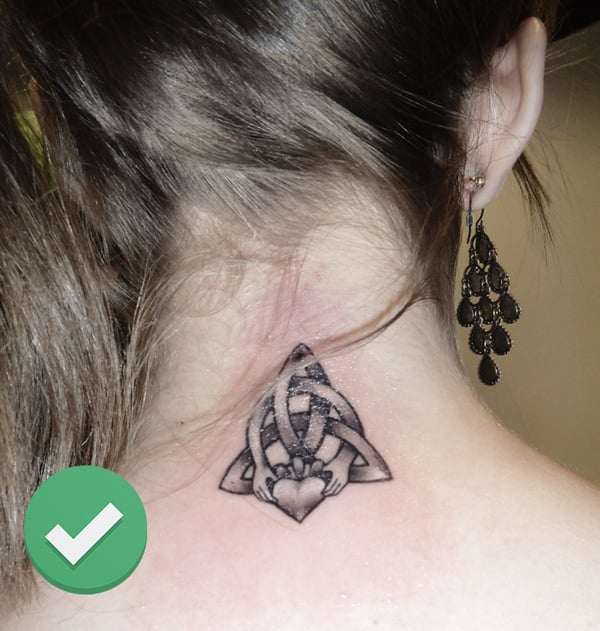 If you are looking for a tattoo that signifies strength, rather than choosing a Japanese symbol someone who is Celtic or Greek might choose an oak tree while someone who is from Mexico or Central America might choose an image of a jaguar. Buddhists might choose a lion while pagans might consider the symbol for fire or a Dara Celtic knot. If you look into your life and culture you will probably find the perfect word or symbol that represents exactly what you want your tattoo to say. 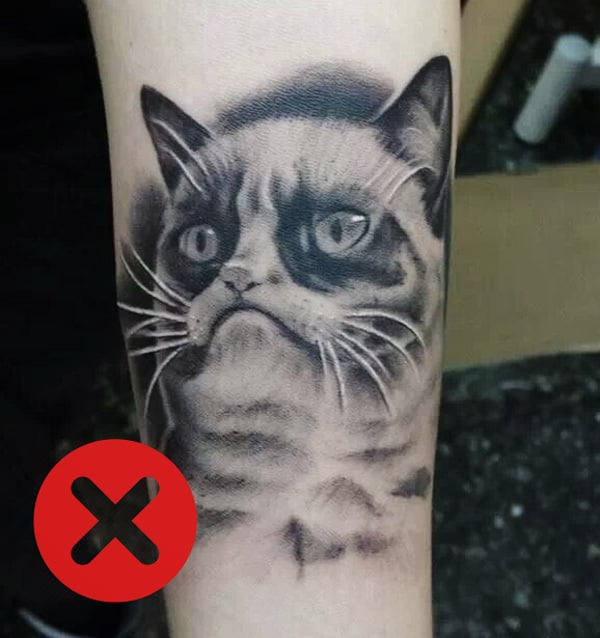 Things that are funny or amusing tend to be popular for a short period of time and quickly lose their meaning after that. Imagine your parents trying to explain their tattoo of a pet rock or your grandparents trying to explain why they got the phrase "Kilroy was here" tattooed on their back. Now try to imagine explaining your tattoo of grumpy cat to your own grandchildren and think about whether that is a conversation future you will really want to have.

Instead Consider: Inspirational Words or Phrases 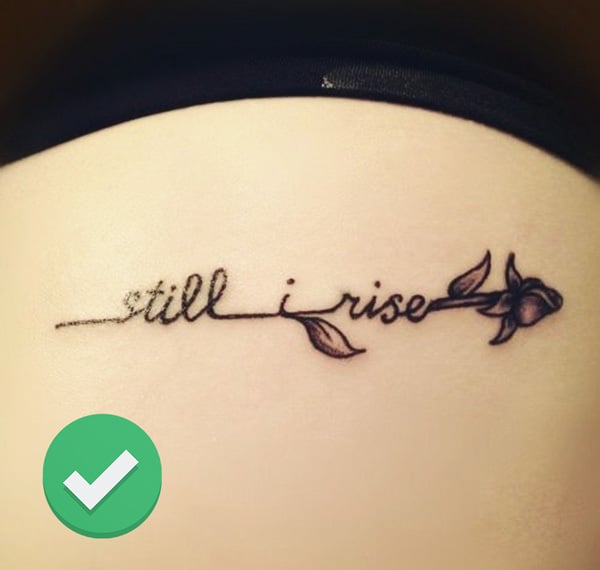 If you simply must tattoo something timely on your body consider your options carefully. Someone looking to freeze a moment from 2014 on their body could choose a quote from Malala such as "When the whole world is silent even one voice becomes powerful" in recognition of her Nobel prize that year. This is a much, much better choice than an image of Uncomfortable Situation Seal, which became popular at around the same time but has since been forgotten.

Avoid: Anything While You're Drunk 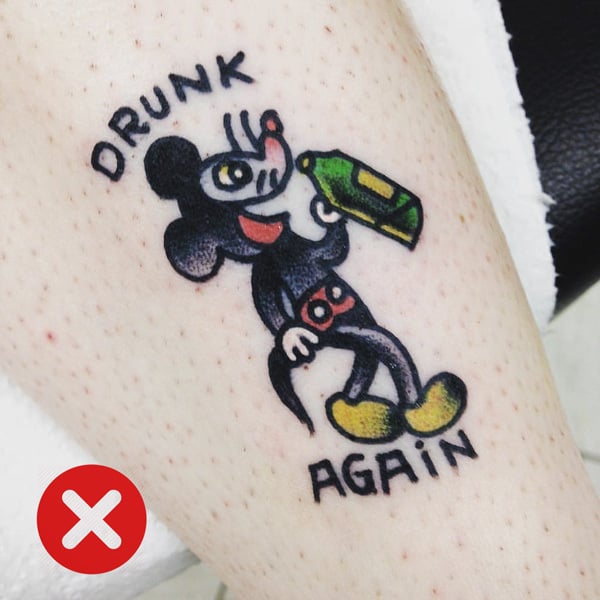 This should go without saying. Drunk people are notorious for making terrible decisions. If this is a concern for you let your friends know before you start drinking for the night that they are not to allow you to get a tattoo while you're under the influence. 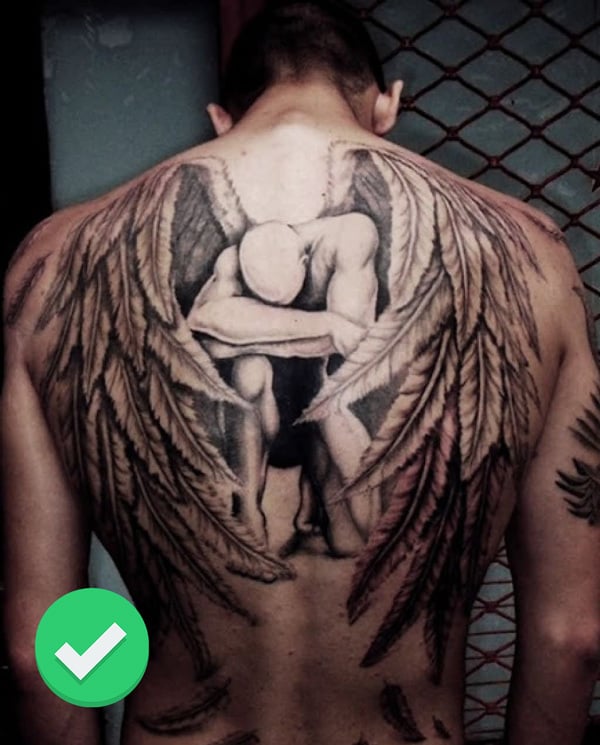 Give some serious thought to the tattoo you are considering. Run any words or phrases through spellcheck and have your smartest friends review them for grammar and punctuation errors. Make sure you know what the image you want on your body is supposed to look like, especially if it is a known image from popular culture.

Is Marvin the Martian's shirt red or green? Does Twilight Sparkle's cutie mark have 5 stars or 6? Exactly how many spikes are in Bart Simpson's hair? Know exactly what you want and research it thoroughly to make sure there are no misunderstandings about what your tattoo represents to the world around you before it becomes a permanent part of your body.

Tattoos are a wonderful way to express yourself. What tattoo designs are you interested in this summer?

Dressing To Accentuate Your Tattoos

Places You Never Thought To Have Tattooed