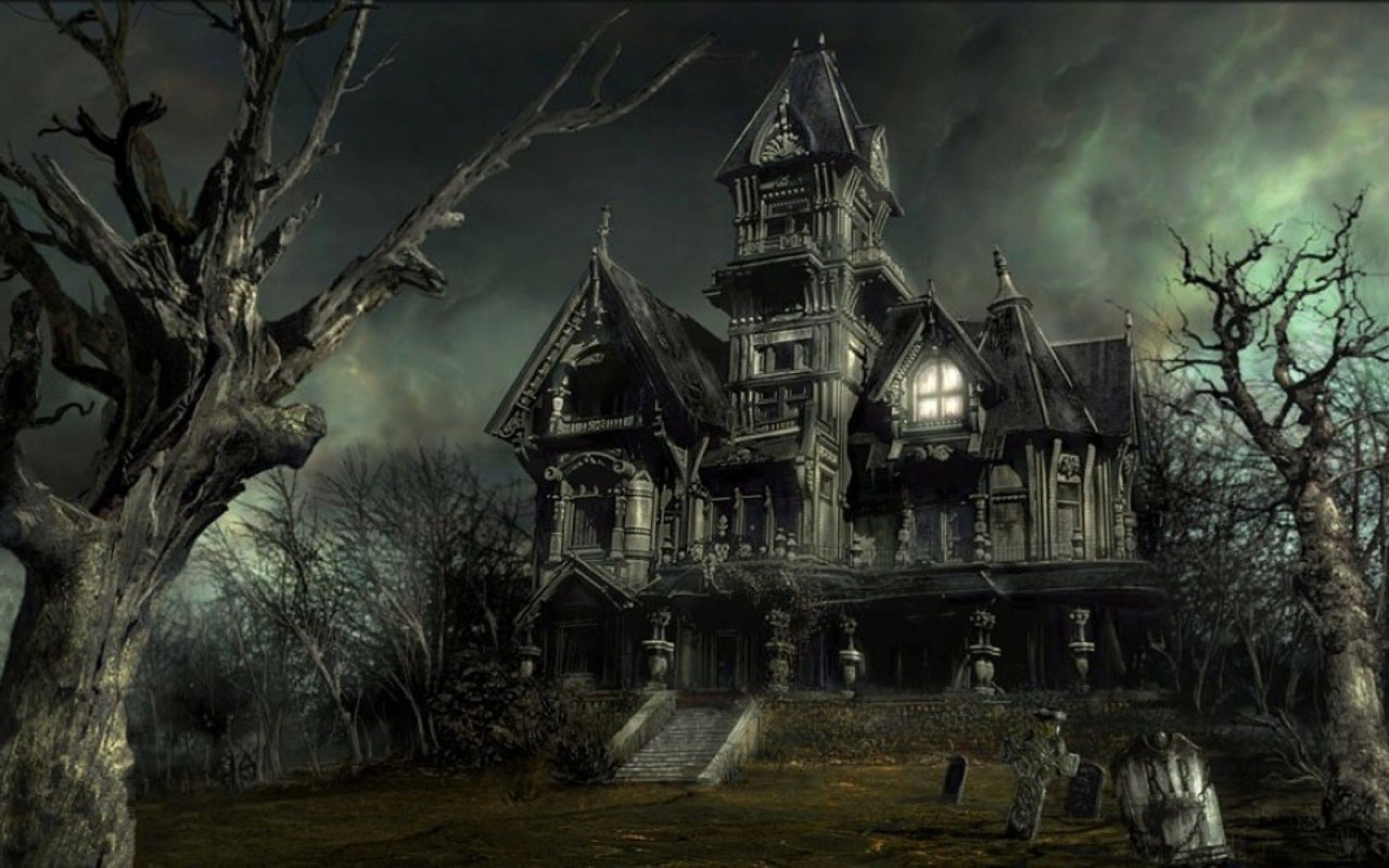 The allure of haunted houses is a strong one. Triggering our fight-or-flight response releases a rush of endorphins and adrenaline, giving us a temporary natural high that some find truly exhilarating. As we head into the time of year when these attractions are in their prime, we've put together a list of thirteen of the scariest haunts out there. 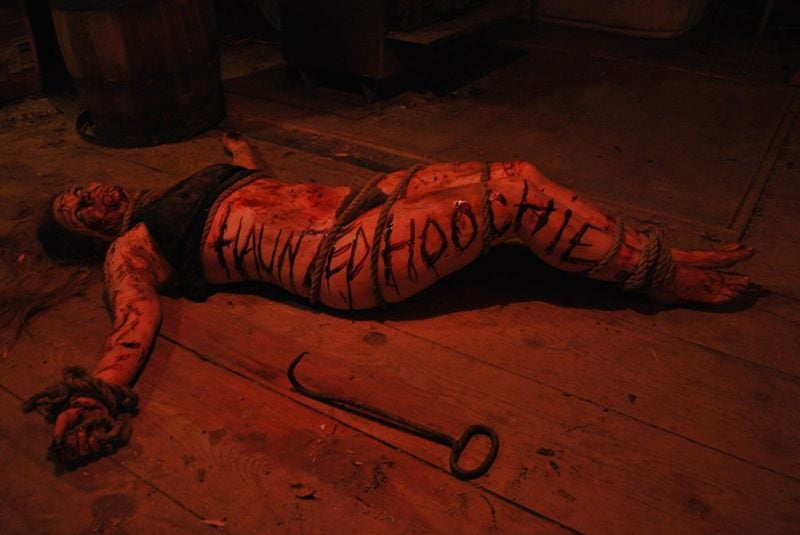 Dead Acres is a haunted house and forest in America's heartland. However, the same part of the country that gave us the sick, twisted works of Mushroomhead and Dr. Creep, not everything from the Buckeye state is so wholesome. This is consistently ranked as one of the top haunts in the country, and if the pictures are any indication, it's a place that's well deserved. This, like many of the others on this list, is a full-contact haunt. There will be actors grabbing you and screaming right next to you- nothing is reined in. Not even the nudity- for yes, there are hoochies. Zombie hoochies, to be exact, and they will be partly naked. Gore, zombies, scares, and nudity? We love the sound of this place already! 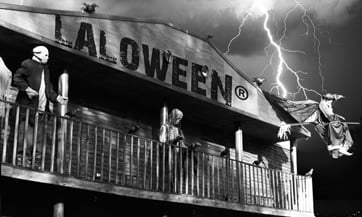 Our first international destination, Laloween is a tradition near Mexico City, Mexico. Now in its 14th year, this event grows every year. Utilizing high-tech animatronics and live actors as many haunts do, it's a sensory overload worthy of the fact that more than 150 million visitors over its tenure. It is probably the only extreme haunted house in all of Mexico, and it's certainly one of the scariest in the world. 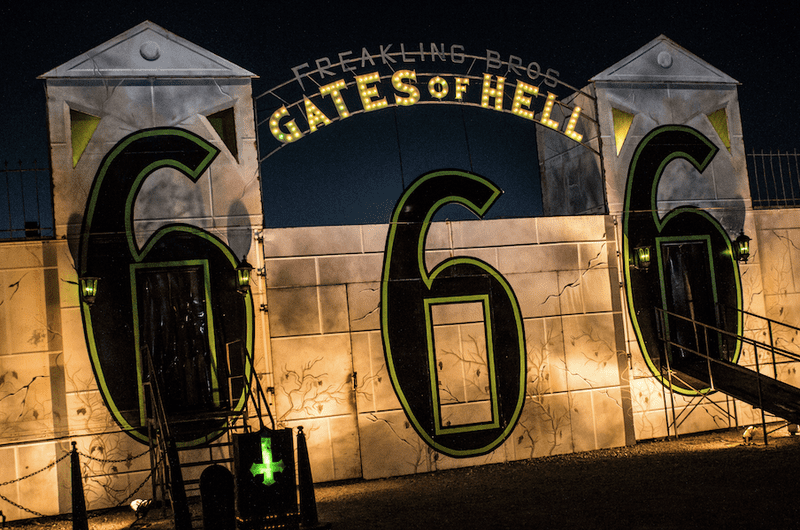 Of course Sin City would be on this list. And of course their entry's front gate is a huge display with the numbers 666 in neon. Put on by the Freakling Brothers, it's the only R-rated haunt in the entire state. This year's themed areas? Gates of Hell (the R-rated section), The Coven of 13, and Castle Vampyre. Being in Las Vegas, these guys have access to some of the most jaw-dropping effects and artists right in their backyard. Plus, they've been doing this since 1992. Primal fear and elaborate illusions don't even begin to tell you how intense a scare this is. Reviewers- professional scare reviewers, mind you- have said things like "Had us screaming for mercy" and "Anxiety levels will go sky high" so we'd guess this isn't for the faint of heart.

The Queen Mary is a massive cruise ship moored in the beautiful waters of Long Beach. Once a year, this stately, grand craft is taken over by the spirits that reportedly haunt her (seriously, there are reports of actual ghosts onboard) and opened to unleash the fear on the general public. Among the apparitions onboard are The Captain, a raging commander from World War II who will protect the ship and its rightful. otherworldly inhabitants at all costs. There's Half Hatch Harry, crushed by a hatch door after a dare went sour. Samuel the Savage, an unhinged man who dies aboard the ship, stalks the halls looking for vengeance. They and more await those who brave this famed haunt.

This haunted house is open year round, an unusual thing on this list. The real attraction begins in October though, and this house will sell out multiple nights year after year. The London Dungeon is a bit tamer than some of the other scares on this list, but their immersive storytelling style more than makes up for its lack of shock value. In a 90 minute session, you're involved in a total 360 degree set that thrills as it takes you through nearly 1000 years of bloody history. For this year's special event, the month of October sees the opening of The Seance- set in 1873 and based on actual events with a celebrated medium. History and horror- now that's a trip we need to take! 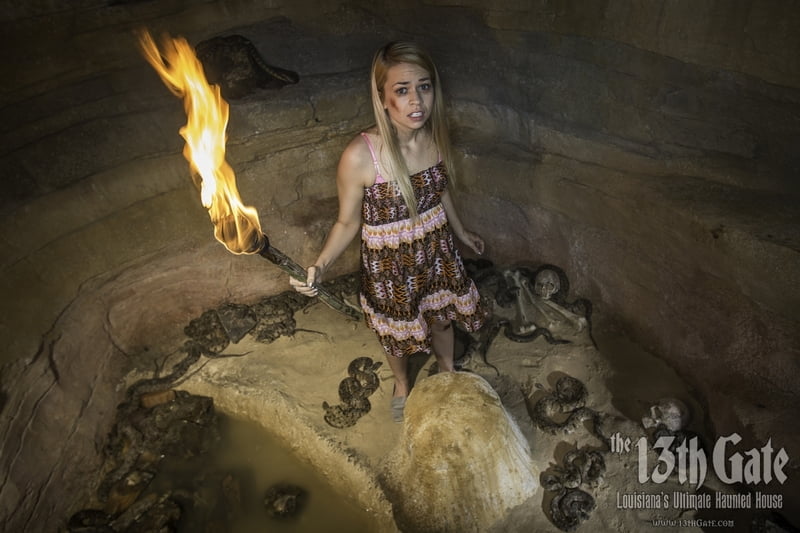 As educational as The London Dungeon may be, The 13th Gate will teach you something, too- it will teach you the meaning of fear. Down in the deep South, these kids don't play around. There are 13 zones to this place, both indoor and outdoor, and you'll have to fight to get through. Do you enjoy crawling through a crematory oven? How about being imperiled on a shaky bridge hanging above hundreds of snakes? That's the kind of thing you can expect to be going through- and that's before you even meet the 100-plus actors just waiting to get your heart racing. 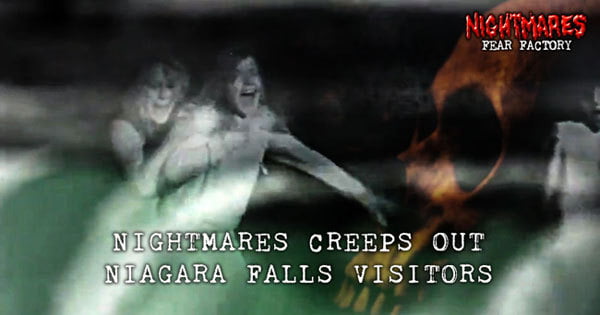 According to the legend they supply, this haunted house from our neighbors to the North is based in a building once occupied by the Cataract Coffin Company. The proprietor, tormented by children, was one night crushed by his own merchandise while routing some young vandals....and is still looking for vengeance. The maze-like halls of this haunt conceal frightening scenarios and actors just looking for the yellow-belly of the group. At the end, prepare to be shown pictures of your group as they were terrified, much as you would have taken on a roller coaster. It's a lovely, lasting memory of that night you peed your pants in utter terror... 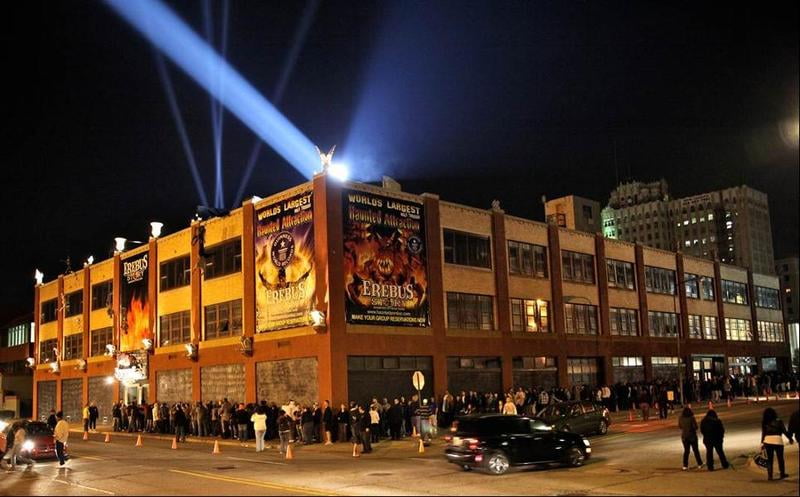 This four story building holds inside a behemoth- one of the largest walk-through haunted houses in the world. The story behind the haunt? A time machine. As subjects were sent back in time, the era they landed in reacted violently towards them. As the good, crazed doctor who made the machine ran out of funding, employees, and patients to experiment on, he turned to a more lucrative source of revenue- he disguised the project as a haunted house and opened it to the public. The doctor is, of course, quite mad, and is also trapped in the building. But it's alright- I'm sure he'll greet you with a hug, right? This is another full-contact, extreme scare, so expect a bit more- grabbing, biting, throwing, and more. This is a true monster of the haunted house world, and gets more intense, fear-inducing additions every year. 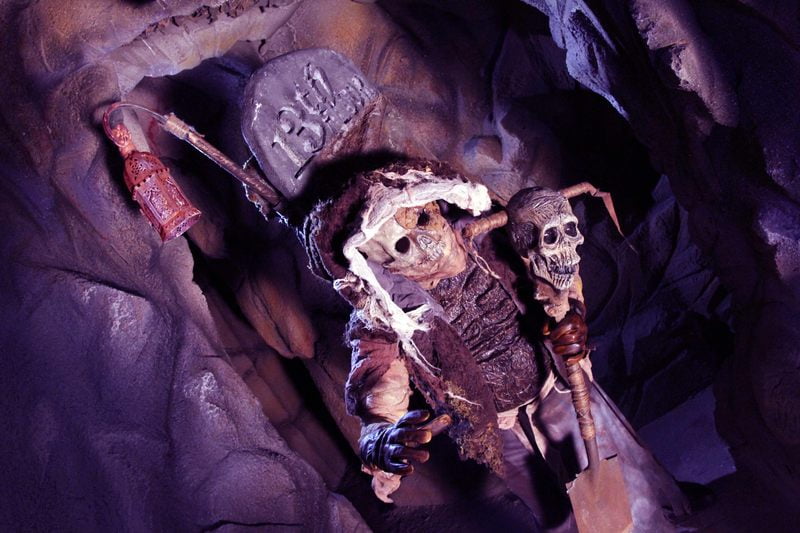 Based on the superstition that led builders to leave the 13th floor off of many old elevators, this is that missing floor. This massive haunt in Denver has three special areas this year- Feral Moon, with the howling beasts that terrorize Blackmoor; Hallow House, derelict but still inhabited by the clown Mr. Heykids; and Undead, What Lies Beneath, a collection of experiments gone wrong left to die in a subterranean hell. When a haunted house advises its patrons not to wear heels or flip flops because "they are the ones they find most in lost and found" they have to be doing something right. You scared people out of their shoes. Bravo, good sirs. You are truly terrifying, and it shows. 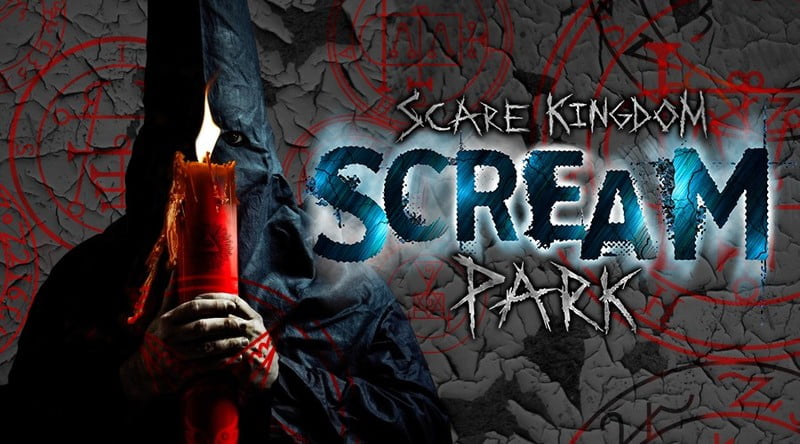 Now this is our idea of a theme park. Separate areas in a sprawling complex, each section just waiting to scare the hell out of you- and they're each based one one of the Seven Deadly Sins. This is probably the most comprehensive scare on the list, and it makes us very sad that it's in England, because we need to go here. With sections like Arcanum, in the twisted steampunk scenario of a crazed scientist, and the Manor Mortis Monastery, where twisted monks look to indoctrinate you in a new religion of terror, this park is amazing. The most frightening part, though is the Psychomanteum, this year with the theme Full Confession. Prepare to enter a clinic run by an obsessive priest, and endure a psychosexual battery of sensory overload as you are 'encouraged' to make penance. This is easily up there as far as the haunts go worldwide, and it only gets scarier from here... 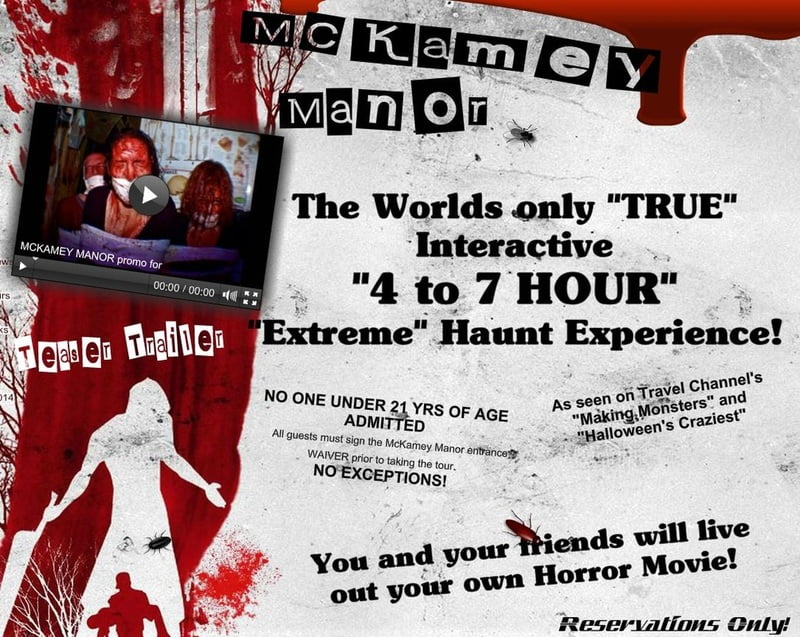 Waivers. Mental health checks. Physicals. These aren't thing you usually need for a haunted house, but this is no ordinary haunt. Safety in numbers? Sorry, but there are only two people allowed in at a time. Just run through? The average stay is between two and seven hours. The extreme to end all extremes, this haunt is walking the very fine line between scare experience and psychological torture. It is full-contact and very, very disturbing, and also has a waiting list. Of 24,000 people. Legend has it that the building is haunted by the thousands of patients admitted when it was an asylum, Of course, things being as they are, a guard there supposedly developed a special liquid, allowing him to clone the patients- so he could harvest and sell their body parts. This usually does not end well, and such is the case here. Angry, psychotic spirits roam the halls, looking for the ones that don't belong. This is the most exclusive haunted house we've ever heard of, and it is also one of the most horrifying. 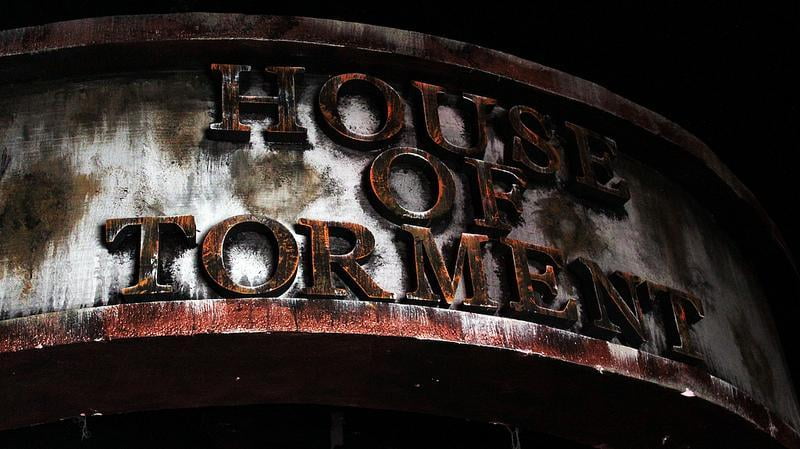 Everything is bigger in Texas, right? Well, this three-zone scare aims to make the screams as big as the sky. The first zone places you in the (S)Laughterhouse- an abattoir that has been overrun with homicidal, chainsaw-wielding clowns. Next, find the Hex of the Harvest, a cursed island of pumpkins and witches where the summoned Ancient of the Harvest is looking for a new crop to reap- you. Then enter the Dead End District and become a survivor of the city, a Marauder, fighting back against the waves of horrors being unleashed. Fully interactive and seriously thought out, the experience is crazy and overwhelming. Bring your friends- you'll need them. 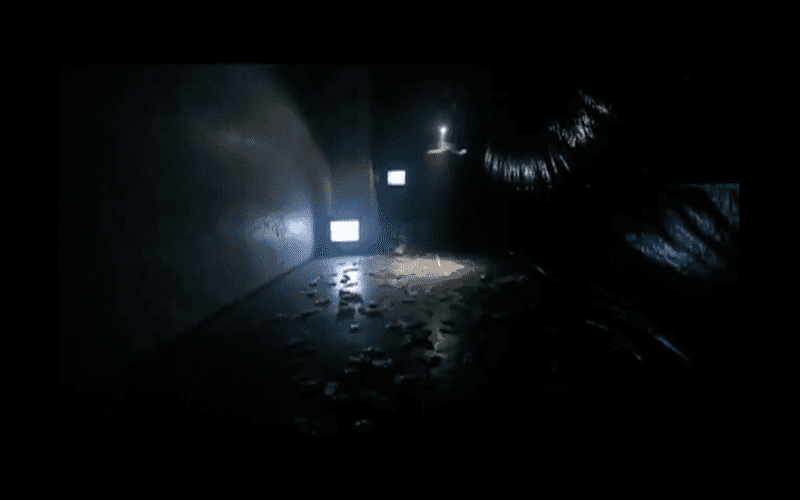 With two locations, we're wrapping this up with a coast-to-coast terror. True to its name, Blackout is a very dark, almost blind experience- until the frights don't want it to be. Then, though, you may wish the lights had stayed off. While you are allowed to scream, you cannot talk to those around you, making the isolation overwhelming. It's as much a psychological mindfuck as it is a physiological fear response. There's more than the supernatural plays made here, with scenes of simulated violence and sexuality. Physical interactions with the players is going to happen, and while it won't be assault, it will toe that line. That's why you sign waivers for admittance. It is without a doubt one of the most intense haunts out there, and it's even more terrifying because most of the scenes have no ghosts, ghouls, or zombies- just human depravity and psychosis. Perhaps that makes this house more frightening than the rest- because the scenes here are all too possible.

What's your favorite haunt? Tell us in the comments! 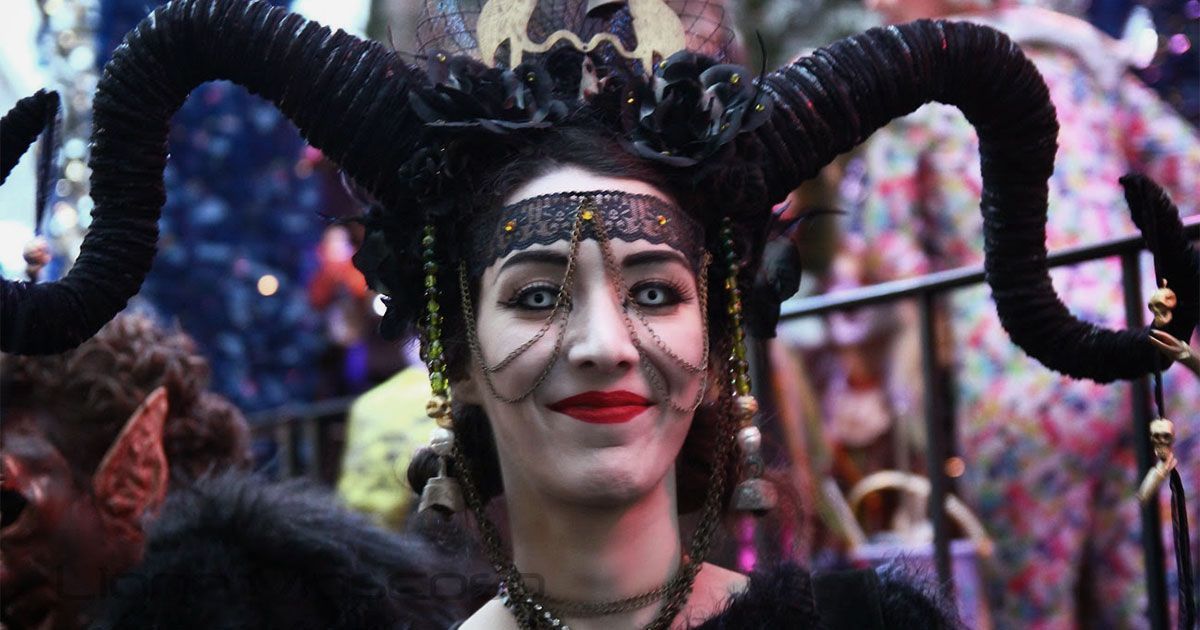 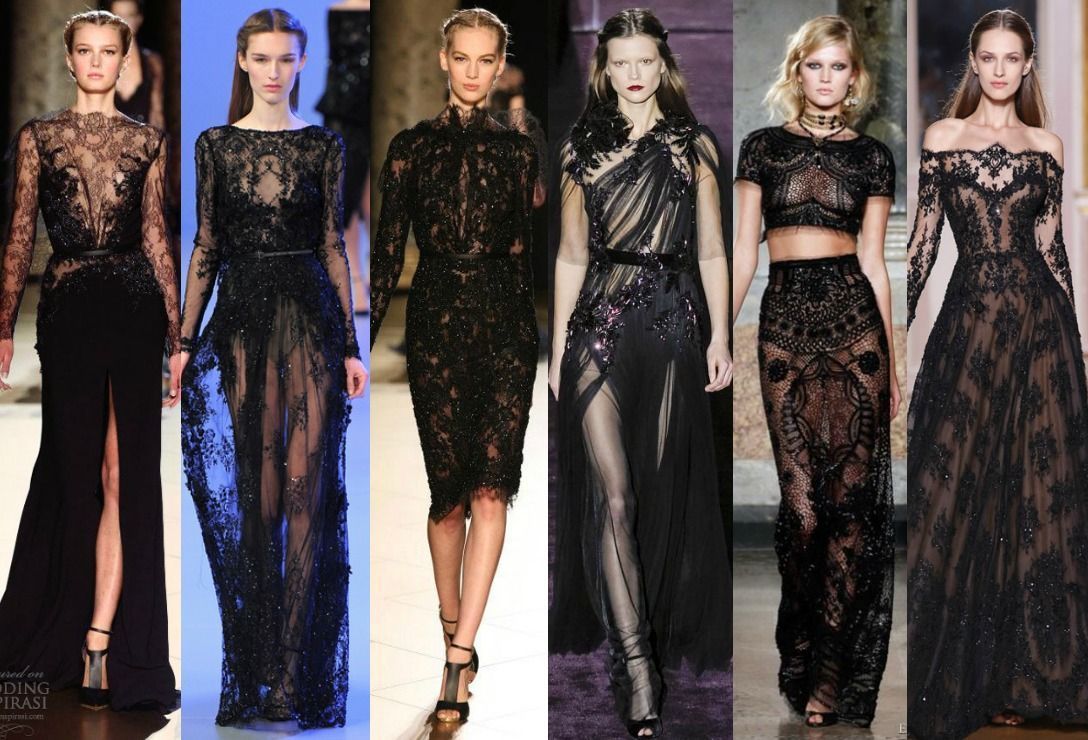 How To: The 2014 Fall-Winter Dark Color Style

Best Goth Festivals Around The World 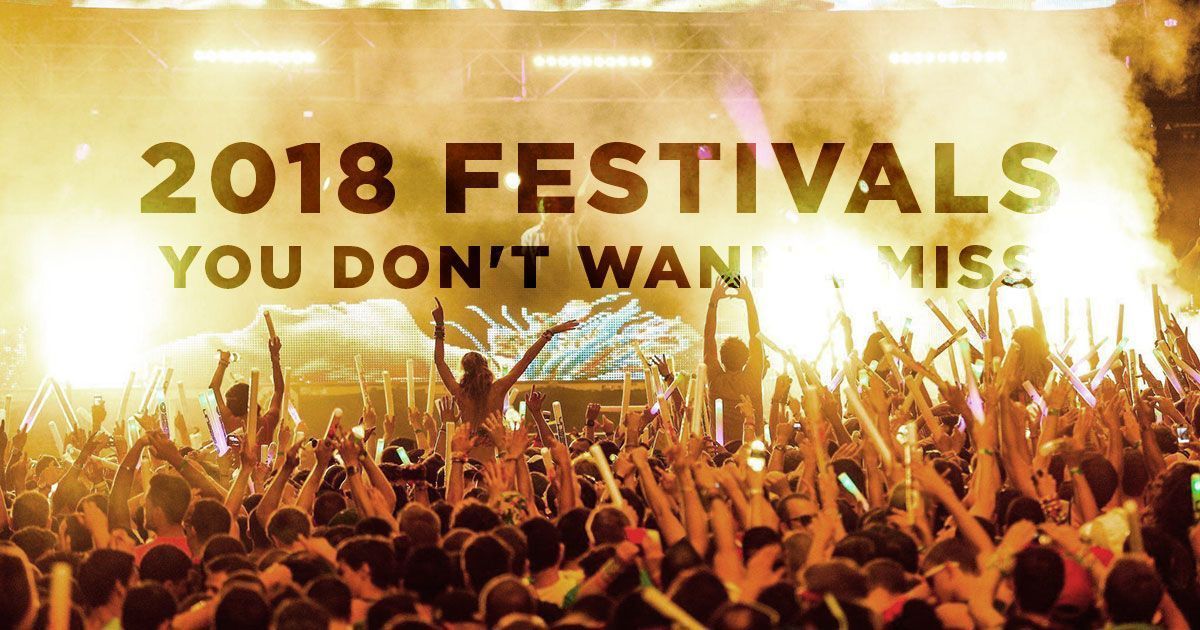 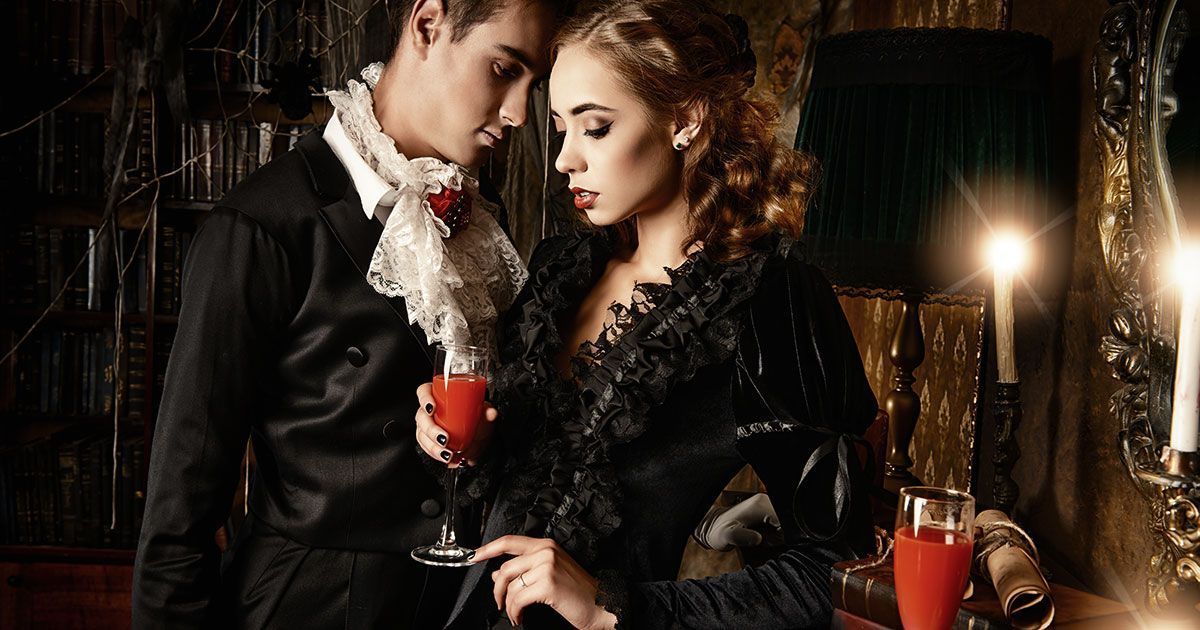 10 Ways To Have A Gothic Valentine's Day